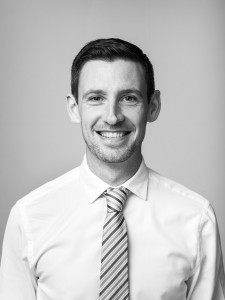 Why am I running?

BACKGROUND
I am 35 years old, from Kingswood Heights, married to Lorna Shortall from Kilnamanagh and together we have a two year old little girl called Orlagh.

EDUCATION
St. Kilian’s, Synge Street & IT Tallaght
I have lived in Kingswood Heights, Tallaght for most of my life and completed my Primary Education locally in St. Kilian’s.  I attended second level at C.B.S Synge Street and graduated from IT Tallaght in 2002 with a degree in Computer Science, followed by a Post graduate Diploma in software development and website design.

OUR CHILDREN’S HEALTH CAMPAIGN
Last year, at the height of the Medical Card crisis, I founded the Our Children’s Health campaign together with my brother in law. The campaign has had much success – our petition gathered well over 65,000 signatures, we mounted a daily protest outside the Taoiseach’s office over a 6 month period and did everything we could to highlight the battles parents all over Ireland were having with the HSE in order to obtain and retain Medical Cards for their sick children.

The situation has improved significantly since then, many had their Medical Cards returned to them and much wider discretion is now being exercised. I was appointed to the National Clinical Advisory Group as a patient representative – that group is tasked with reviewing and improving the medical card application process, its work is still on-going

EMPLOYMENT
Landscape Designer – Self Employed
After a year working as a self employed web designer, I changed paths completely and pursued a career as a landscape designer while studying Horticulture under the RHS. The years spent working as a landscape designer, 6 in all, were very enjoyable however when the recession hit, we found it could no longer pay the bills. The disparity in the way the Self Employed are treated vs the PAYE worker also hit home – somebody earning just 18,000 pays 4 times more tax than a company employee and yet is entitled to no social supports whatsoever if the business fails.

Special Needs Assistant – St. Aidan’s Community School
In 2010, the opportunity arose to work as a Special Needs Assistant in a Second Level DEIS school in the constituency. It was another big departure but proved to be hugely rewarding and opened my eyes not only to the standard of work that goes on every day in our Education system but also to the value and impact special needs supports can make on young lives.

I was an SNA for almost 3 years until the current government introduced a ‘cap’ on SNA’s early in its term, which effectively meant a cut, and made me redundant.

IT Manager – Housing Charity
In 2012 I returned to IT and now work full time in an IT / Finance role with the Iveagh Trust, a Dublin based housing charity which also runs one of the largest and most successful homeless Hostels in Dublin – The Iveagh Hostel.  My involvement in the housing sector has given me a good insight in to the challenges that face housing associations as they struggle to meet the massive demand for social and affordable housing.

WHY AM I RUNNING?
I love Ireland, it is for me a great country.  The same cannot be said for the State –

There is no doubt that cuts were inescapable following the severity of the financial crisis, the issue I have is where the axe fell. The amounts saved were often insignificant, but the hardship caused still stings. The long list of promises made in advance of the last election – promises that were evidently impossible to deliver – has caused further, almost irreparable damage to politics.

The aftermath has left vital services close to break down.

HEALTH
More than any other issue, I am running because of the crisis in our Health Service.
Overcrowding is endemic in all of our emergency departments. Year after year it has increased to such an extent that I think we are all desensitised to hearing the number of people lying on trolleys in this hospital or that hospital.

The Association of Emergency Medicine estimate that well over 300 patients are dying every year as a result of the overcrowding situation and associated staff shortages.

The group at real risk are older people. My parents, your parents. They are much more susceptible to infection with some spending what can turn out to be their final hours in a corridor, on a trolley, forced to use urinary catheters because they are too weak to use the bathroom themselves or there are not enough staff to help them.

This has to stop. There are a lot of great people and good things happening in the Health Service, but its capacity to safely provide medical care for the population has reached its absolute limit.

In some ways the problems are quite complex, but in a lot of ways they are quite simple. There is no quick fix, but there are clear solutions, we have to put in place a strategic plan that goes well beyond the short term fire-fighting approach employed up to now.

I am passionate about Healthcare and fundamentally believe in a Universal Healthcare model where care is provided based on medical need, regardless of means. Healthcare in Ireland has always been the poor relation, unlike Education, it is not considered a fundamental right. The existing two tier system is the dreadful legacy of successive governments and it does not belong in any Republic. We must begin to put in place the building blocks to end it over the medium term.

But before we can even begin to end the two tier system, all available resources must be aimed at tackling the on-going overcrowding crisis in our hospitals.

It is costing hundreds of lives every year. I want to do whatever little I can to help make it the issue of the election.

HOUSING
Homelessness is out of control. As we head in to another winter, we must take unprecedented, immediate action, now.  In my view all proceeds from the sale of Aer Lingus should be diverted to help tackle the crisis immediately. The situation is so severe that temporary alternatives like modular homes will have to be utilised. However, they are relatively expensive and many large serviced sites will be required to accommodate them. Alternatively, there is nothing to stop the State from purchasing homes on the open market. Right now, there are over 1000 properties for sale in Dublin for less than €220,000, with hundreds more available in regional cities. Many of these properties could and should be secured by the State to alleviate the short-term crisis.

The government has made much of Strategy 2020 and its promise to deliver 110,000 new homes. However, just 22,000 of these homes will actually be built by the State – Strategy 2020 will turn the State itself in to a renter, on a massive scale and at huge cost.

EDUCATION
I worked as a Special Needs Assistant for 3 years in a second level DEIS school until Government cuts made me redundant. My time spent in St. Aidan’s, Brookfield opened my eyes not only to the standard of work that goes on every day in our Education system but also to the value and impact special needs supports can make on young lives.

I have a particular interest in the way special educational supports are delivered. For example, the State still refuses to acknowledge the proven transformative effective of the Applied Behaviour Analysis (ABA) model for children with Autism (ASD). Parents are often forced to fund their child’s educational needs privately, placing huge additional financial pressure on an already pressurised household. I will campaign hard to ensure that the State gives every child the chance to reach its true potential. The short term penny pinching, and that is all it is, will cost us all more in the long term.

PERSONAL COMMITMENT
Health, Housing, Education – they are my key priorities. If elected, I will work every day to highlight the issues as I see them and put forward realistic solutions.  I will engage constructively. I will be honest. I will listen to the people of Dublin South West.

I very much look forward to getting out to meet the people of this constituency over the next 3 months and hear what are the most important issues for them.